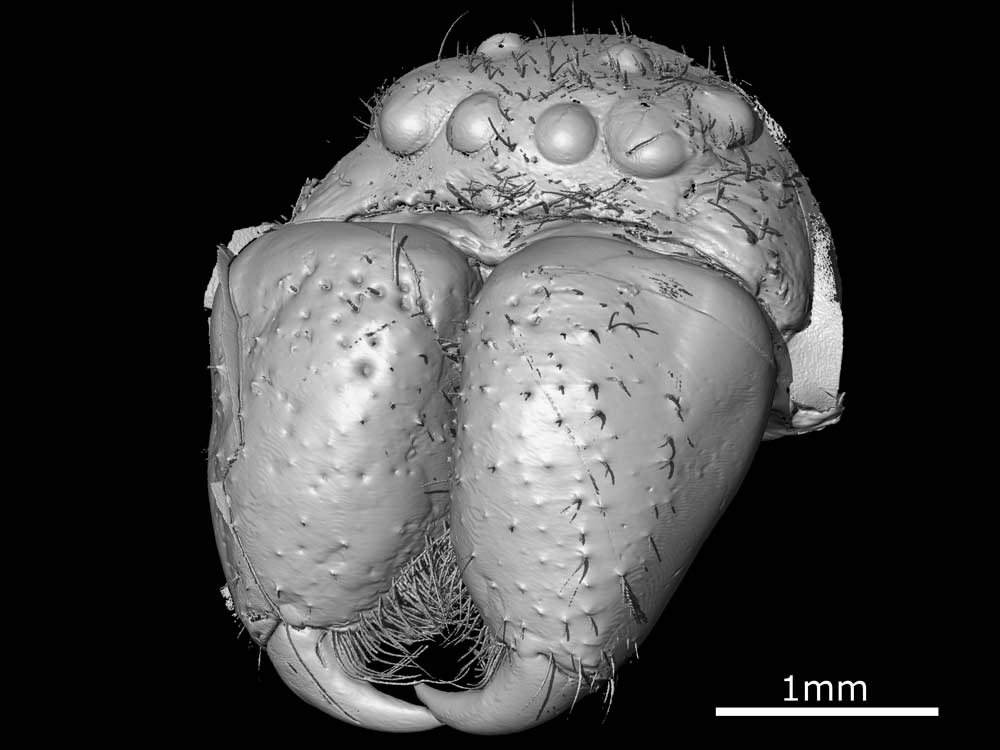 Although this image of a huntsman spider’s head looks modern, it represents the first clear view of a 49 million year-old fossil. Eusprassus crassipes remains encased in resin were scanned using X-ray computed tomography to reconstruct its anatomy in stunning detail for the first time. Researchers from the University of Manchester were able to conclusively described the species and confirm its identity within a larger group of spiders, the Eusparassinae. Modern techniques like this have opened up countless possibilities in palaeontology, allowing researchers to look within amber- or rock-encased samples as never before, without risk of destroying the fossil.

Image courtesy of the University of Manchester.