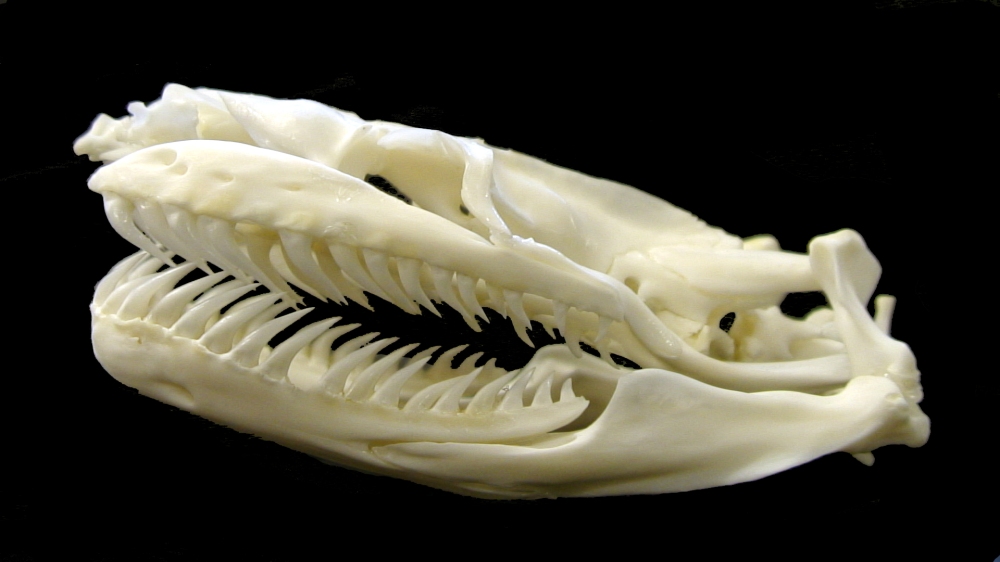 The vertebrate ear tends to have three parts: the outer, middle and inner ear. Snakes have greatly reduced outer and middle ears, yet with just the inner ear and one remaining part of the middle ear they are able to hear. The middle ear ossicle has become connected to the jaw, suggesting that vibrations of the skull caused by local sounds could be transmitted to the inner ear. Indeed, when this theory was tested, it was found that the threshold levels of sound that snakes could just about hear corresponded to the vibrations caused in the skull itself. Neat!